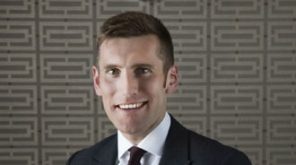 News of a collapse in the UK savings ratio and a late, unexpected surge in consumer borrowing suggest that the consumer-driven momentum that has kept the British economy above water since the Brexit vote is veering off-course. This should not come as a shock, however, because it is exactly the desired effect of the Bank of England’s slashed interest rate. The latest credit numbers show £1.7bn was borrowed by households in May (£300m more than had been expected) testify to the effects of cheap money and low yields on saving.

What effect does this borrowing have?

The collapse of the savings ratio to 1.7% – the lowest level since 1963, is fairly dramatic, however. As recently as early 2016 it stood at 6.1% and has averaged 9.2% over the last 54 years. The fall in the ratio coincides with a world of sustained consumer confidence and low returns on savings, but it is also indicative of a consumer culture which has been saving less to sustain its spending. The bulk of the UK’s consumer debt is accounted for by mortgages (85%). Due to tougher regulation and increased caution from lenders fluctuations in mortgage borrowing has been relatively subdued and has risen by only 2.8% in the last twelve months. This is suggestive of borrowing that is failing to fund traditional ‘big ticket’ items. If you are worrying about debt or facing creditor pressures, you can read more about it online.

How will the credit boom affect everyday life?

It is against the backdrop of inflation and stagnant wage growth in the UK that these figures should raise the most concern. Real household income in the UK fell by 1.4% in the first three months of 2017, following falls of 0.3% in the third quarter of 2016 and 0.4% in the fourth quarter. By dipping more frequently into savings and nest eggs, consumers are making themselves more vulnerable to unexpected costs and sudden economic shifts. Does this indicate that the ‘consumer party’ may be getting out of hand? For the latest financial information and insolvency advice, keep up to date with our news articles.

For more information please get in touch with a member of our friendly team. You can call our office directly on 0339203308 or contact us online.