You may be served a petition to wind up your company by a creditor if you owe them a significant amount of money.

Speak to an expert

NOTE: The Insolvency Experts offer financial guidance and representation to companies who are considering or currently going through the Winding Up process. If you are an employee of such a company looking for advice on unpaid wages, you can find this from the UK government by clicking here.

Winding Up Petitions: Our Guide

If you are currently facing a winding up petition, you may be seriously worrying about what this could mean for your business. While it is, of course, a serious matter, it is one that can be dealt with in a number of ways by an insolvency expert who can protect your financial and legal interests in the most effective way possible.

We are experienced in dealing with a number of financial matters having handled such situations for many clients around the UK. We can guide individuals and businesses through the complexities of a winding up petition procedure and find the best way to deal with one taken out against them.

What is a winding up petition

A winding up petition is a legal statement of intent from a creditor to a company that owes them money, stating that they intend to force the company into closure.

The winding up petition procedure can be issued by any creditor who is:

The process of a winding up petition will only come to pass if a creditor has first attempted to recover money on a number of occasions, either through the issue of a statutory demand or a County Court Judgement (CCJ). A solicitor is then hired to petition to the High Court for a winding up order against the company, which is served with advice on when the hearing date will be.

How do winding up petitions work?

A winding up petition will lead to the case being heard in court – the purpose of this hearing is to decide whether your business is insolvent or whether it can remain operating with a view to the debts being paid. The hearing takes place between eight and ten weeks after the issuing of the winding up petition and will eventually determine whether or not the company will be liquidated.

Once the winding up petition procedure has been granted, it will be advertised in “The Gazette”, often prompting other creditors to take action against your outstanding debts.

Acting quickly is key in any winding up procedure – the sooner you seek insolvency advice from a trusted professional with the necessary experience, the more you can do to help prevent a winding up petition from being followed through, including stopping your business bank account from being frozen.

Once a winding up petition has been received, your options will have reduced as you can no longer:

Once the winding up petition has been granted, a winding up order is issued by the courts and the procedure will fully begin.

What happens if I am issued with a Winding Up Petition?

Firstly, try not to panic. A winding up petition against your company might seem like the final nail in the coffin of a struggling business but, in many cases, it is a warning sign that provides you with plenty of time to work out how to stop the petition and get your company back on track.

It is beneficial to begin negotiations with creditors as early on in the process as possible. Communication is always key and if you are honest with your creditors about cash flow problems that you believe can be corrected with the implementation of new repayment terms, it is always worth asking.

Whatever happens, do not ignore your creditors’ request for payment as to do so will lead to an increased likelihood of a statutory demand period being invoked (this gives you 21-days in which to pay, negotiate payment terms, take insolvency action or apply for an injunction to prevent a winding up petition).

Can a winding up petition be withdrawn?

There are typically only two main situations whereby a winding up petition can be withdrawn. These scenarios are:

The debt is repaid

The creditor decides against the petition

If the creditor believes that the winding up petition won’t be viable or that the company is unlikely to be able to pay, they may choose to withdraw the petition and save on the costs associated with issuing one.

How to stop a winding up petition

Pay in Full – If it is possible, you should pay the full total owed to the creditors who issued the winding up petition. This could also include the addition of costs relating to the petition being brought in front of the High Court (around £2,000).

Dispute the Debt – At this point, you can also dispute the debt in court. This will be the case if you believe the amount of debt to be incorrect or not exist at all, or if you believe the petition was incorrectly served. You must have evidence to back up these claims and can face severe legal consequences without it.

Negotiate a CVA – A Company Voluntary Arrangement (CVA) is still an option at this point as it allows you to negotiate with your creditors to repay the debt over a longer period of time. This has to be agreed by at least 75% of your creditors and allows breathing space to revive cash flow and give the company a chance to survive and thrive in future.

This may not prevent a winding up petition completely if one creditor does not agree with the payment terms, which then means that you must attempt to get the petition withdrawn from the court records.

An Adjournment – A separate application to the court can be made to either adjourn the case or cancel the hearing entirely. This would be to provide the company time to raise funds in order to pay off the debts in full or to give insolvency practitioners time to restructure the company in the most effective way to pay off creditors.

Most of the above options are still available once the petition has been advertised, but they are less likely to be successful at this point as, once advertised, the company’s bank account will be frozen.

There are specific fees that are associated with winding up a company, most of which are paid by the creditor in order to issue the petition to a company. These include:

If the company is found to be insolvent, the creditor/s may be eligible for a refund of the deposit. The costs associated with the company will only be related to the debts owed.

If you’ve been served a winding up petition or you’re concerned one is due soon and want to know more about the winding up procedure, you can contact us by calling 0120 420 8162 or emailing enquiries@theinsolvencyexperts.co.uk to speak to our insolvency experts and find out more about your options. 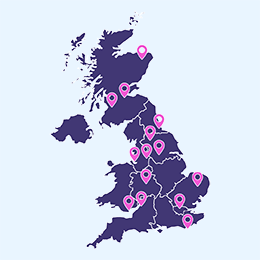 We’ve been featured on