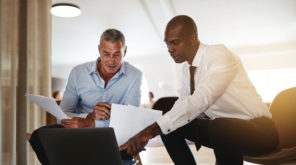 Both Compulsory and Voluntary Liquidation are serious processes that result in a company being wound up and dissolved.

One process is decided by directors and shareholders of the company and is usually in their best interests. The other process is forced upon businesses that fail to pay their debts to creditors, and is very hard to reverse.

What is voluntary liquidation?

Voluntary liquidation, like the term would suggest, is a process started by directors, owners and shareholders of a business who have chosen to wind up and dissolve their company.

This is typically due to the fact that they are – or are becoming – insolvent, cannot pay their creditors the debts they owe and are taking control of the situation before creditors do.

As this option is voluntary, the Courts are never involved. There is no Official Receiver appointed and the Directors have the opportunity to explain to creditors the reasons why the company has failed and what assets are expected to be realized within the liquidation for the benefit of creditors.

All paperwork is prepared by a Licensed Insolvency Practitioner, who is engaged by the company to assist the Director(s) in placing the company into liquidation.

What types of Voluntary Liquidation are there?

Voluntary Liquidation can refer to one of two processes:

Creditors’ Voluntary Liquidation (CVL):
This is when the directors and shareholders of an insolvent company decide to liquidate the company. This is because the company cannot continue to trade and is insolvent; either because it cannot pay its debts as and when they fall due or it has an insolvent balance sheet.

Members’ Voluntary Liquidation (MVL):
This is used when the directors and shareholders of a solvent company decide to liquidate the company. This is usually when business owners retire/sell up and the company is left with a balance of cash to distribute to shareholders after all liabilities have been paid in full.

MVLs are only appropriate if the company involved is solvent and a Declaration of Solvency must be produced by the directors confirming that the company can pay all of its liabilities (plus any statutory interest) in full within 12 months.

Neither type of voluntary liquidation, whether CVL or MVL, involves the courts and they both allow the directors and shareholders more control over the liquidation process. The process is intended to bring about the formal winding up and conclusion of a company and its affairs, resulting in the legal dissolution of the company.

What is compulsory liquidation?

Compulsory Liquidation is instigated by an unpaid creditor of the company (who must be owed more than £750 in unpaid debts) filing a winding-up petition with the courts.

The winding up petition will be served on the debtor company and will also be advertised publicly in The Gazette.

The courts will hold a hearing to establish if the company is insolvent and, if they establish that it is, will issue a winding-up order that will lead to the debtor company being liquidated.

How serious is Compulsory Liquidation?

Compulsory Liquidation is a very serious process. Other than:

… then there is very little that the directors of a company receiving a winding up petition can do to stop the process once a creditor has filed it.

The debtor company has no control over the timing and cannot prepare the company for the liquidation beforehand (i.e. by slowly winding the company up to ensure it’s in the best possible financial position prior to the liquidation).

In addition to this, Compulsory Liquidation is a very public process. The winding-up petition is advertised in The Gazette (which will lead to the company’s bank accounts being frozen) and the court hearing is a public hearing.

What is the main difference between voluntary and compulsory liquidation?

Compulsory Liquidation is usually instigated by an unpaid creditor of an insolvent company who is owed more than £750. It is a court-led process, meaning that dates and deadlines are set by the court, not directors.

By comparison, a Voluntary Liquidation allows more control from the company being liquidated as it is usually instigated by shareholders and directors of said company.

What should I do if my company has to be liquidated?

If a company is insolvent and has to be liquidated, a CVL will allow the directors and shareholders of the company to have more control over the timing of the liquidation. The directors are able to try and prepare the company as much as possible for the winding up prior to its commencement and by doing so, can extract maximum value for creditors.

CVLs are not carried out through the courts and an Insolvency Practitioner will be appointed to commence the process, who then goes on to become the liquidator of that company.

In taking the more proactive approach of a CVL, it can be easier for the directors to show that they have acted in the best interests of the company and the creditors.

How do I get advice on Voluntary and Compulsory Liquidation?

If your company is being threatened with compulsory liquidation, you should think about alternative options available to you before a creditor forces your company to be liquidated.

The Insolvency Experts can advise on a range of company rescue options, such as a Company Voluntary Arrangement (CVA) or Administration, as well as a Creditors’ Voluntary Liquidation (CVL) if winding the company up is the best option.

For more information, or to get advice on the best process for your company facing insolvency, you can contact The Insolvency Experts online or alternatively, call us directly on 0300 303 8284.