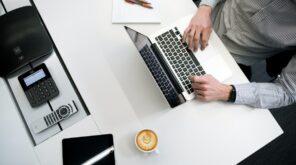 When a company enters into a formal insolvency process, such as liquidation or administration, their creditors are ranked with differing priorities in regards to repayments.

Here we discuss what these creditors are and the rights that they hold, and explain the difference between secured and unsecured creditors.

What is a secured creditor?

A secured creditor is a creditor that has been granted security from a company through either a legal fixed or floating charge over the business’s assets.

Secured creditors are at the top of the hierarchy when it comes to collecting debt owed from an insolvent company – they will also hold some security over the assets of the company.

There are two types of secured creditor, these include:

A fixed charge is a charge over a specific asset, such as property and vehicles, machinery or equipment. This charge has to be formally registered with Companies House.

This creditor will be paid the monies that they are owed through the sale of the specific asset they hold the charge over.

Floating charge creditors don’t have a claim over a particular asset and instead are attached to changing company assets, such as stock. They do have some security but are placed beneath fixed charge creditors when it comes to taking back payments.

What is an unsecured creditor?

They rank above shareholders, but will only receive an amount of money that is deemed available through the prior sale of assets and after the secured creditors claims. Unsecured creditors often receive very little during a liquidation process but will be actively involved in the discussions around the financial future of the company.

Examples of secured and unsecured creditors

There are a few different types of both secured and unsecured creditors. Some of the more common ones include:

The difference between secured and unsecured creditors

The main differences between secured and unsecured creditors is the order in which they receive monies and what kind of security they hold over a company.

How The Insolvency Experts can help

The Insolvency Experts offer an expert advice service and can discuss your options with you in regards to receiving repayments as either a secured or unsecured creditor.

We’ve helped plenty of businesses deal with issues regarding insolvency and how they pay creditors, so no matter which end you are on, contact us today to find out how we can assist you.