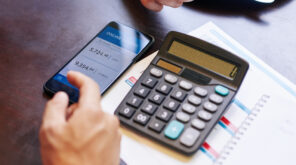 The term bankruptcy in the United Kingdom normally refers to an individual who is insolvent and where the Court has been petitioned by either a creditor or by the individual themselves for their bankruptcy.

For corporates (Limited companies), when a Company is insolvent, also commonly known as having “gone bust”, there are a range of solutions available for a Directors depending on the financial position of the Company now and in the future. Alan Coleman, one of six Licensed Insolvency Practitioners at Cowgills, explains further.

Technically, a Limited company in the United Kingdom cannot go bankrupt although we appreciate that the term bankrupt or bust is widely used instead of the term insolvent. The formal insolvency procedures available for a Limited company include Liquidation, Administration and Company Voluntary Arrangements.

When is a Limited Company potentially bankrupt or insolvent?

Directors have a legal obligation to act in the best interests of creditors when they become aware that their Company is struggling financially, and falls foul of the Insolvency Test. Questions directors should be asking themselves are:

1) Can the Company pay their creditors as and when they fall due including amounts due to HM Revenue & Customs for outstanding taxes?
2) Balance Sheet Test – are the liabilities of the Company greater than the assets of the Company?

What are the warning signs?

Some of the early warning signs Directors should watch out for if they are uncertain whether their Company is insolvent include:

What should a Director do if they are concerned that their Company is insolvent?

It is vital that a Director does not take advice from an unregulated debt advisor who acts as a middleman/broker that quite often will require a fee. This may seem cheap like a cheap option initially, but then then have no alternative but to refer the Director to a Licensed Insolvency Practitioner.

At Cowgills, we specialise in exploring all the non-insolvency options first with a Director to see if there is any opportunity to rescue the business and avoid a formal insolvency process. As Licensed Insolvency Practitioners we can ensure that Directors stay within the law during the tricky process of saving a Company and therefore minimising any future risks on the Director either financially or legally.

It is important to remember that taking professional advice from a Licensed Insolvency Practitioner does not need to mean the end of that business, in fact it can in some cases make the business more financially viable and successful going forward.

If you wish to have a free consultation with a Licensed Insolvency Practitioner at Cowgills and avoid the unnecessary costs of going through a middleman/broker then please get in touch by calling 0300 303 8284 or emailing enquiries@theinsolvencyexperts.co.uk today.