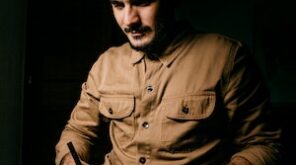 Misfeasance is a serious claim that can be held against company directors that are experiencing insolvency and may be found guilty of breaching their fiduciary duties.

If there is evidence that a company director has acted inappropriately with company money, they can be taken to Court and charged with misfeasance. The consequences are serious, so it’s always best to consult an insolvency expert before financial problems become too difficult to manage.

What is Misfeasance in Insolvency?

Misfeasance is a type of charge that can be held against a Company Director that has breached their fiduciary duties.

This claim typically occurs in cases of Wrongful Trading, whereby a company continues to trade whilst being aware of imminent insolvency. Misfeasance focuses more specifically on directors who don’t fulfil their responsibilities of acting in the best interests of other parties, namely creditors.

This could involve the directors acting in their own best interests (or shareholders) in cases of financial difficulties and looming insolvency, causing a greater loss to creditors.

When faced with insolvency, the primary duty of care must be to the company’s creditors.

You can learn more about The Insolvency Process in our dedicated guide.


What are the examples of misfeasance?

There are a number of ways that directors can act inappropriately in terms of business and finances, and will consequently be accused of misfeasance. We’ve listed the common examples below:

Incorrect preference payments are where an insolvent company pays specific creditors and shows a deliberate ‘preference’ in paying those owed. This is typically discovered when directors firstly, or only, pay creditors who they have a Personal Guarantee with.

A transaction at undervalue is where a business asset sells for less than its true value and, if the company later becomes insolvent, it can be viewed as though directors are purposefully diverting assets away from their creditors.

This refers to when a company director attempts to purposefully conceal or remove assets from the business to prevent them being sold in Insolvency or Liquidation.

If a director is taking a salary that is too high for the company to effectively handle, this can also be classed as misfeasance.

If a director fails to effectively monitor and attempt to manage financial problems within their company, this oversight can be viewed as a form of misfeasance.


When is misfeasance used?

Misfeasance claims are typically brought forward by an Insolvency Practitioner dealing with a formal process, such as Liquidation or Administration.

The appointed Insolvency Practitioner will investigate the company in order to fully understand the reasons why it has become insolvent. This means that the company director will also be investigated and, if they are found to have breached their duties in any way, they could be susceptible to misfeasance claims.

The main purpose of misfeasance claims is to recover money for the benefit of creditors.

Who can put forward a misfeasance claim?

Commonly, it is the Insolvency Practitioner in charge of a company’s insolvency proceedings. They will be able to investigate the company, their activities leading up to insolvency and the actions of the director/s.

There are a few other officials that have the jurisdiction to put forward a claim of misfeasance against a director, including:

What are the consequences of a director being found guilty of misfeasance?

Firstly, an Insolvency Practitioner, or other official, must find evidence of misfeasance and assess the severity of the actions before they put a claim forward.

If there is sufficient evidence, the Courts will explore the directors conduct and could demand one of the following:

How to defend yourself against misfeasance claims

The Insolvency Practitioner or appointed Liquidator/Administrator will be able to determine whether the director has any possible defence to claims of misfeasance. This must be done as soon as possible to ensure that the claim can successfully be dismissed.

The most common defence to misfeasance claims is that the director acted honestly and any breach of duty was done unknowingly or with attempts to preserve all parties interests.

If this can be proven before or during Court, your case may be excused. You will need to consider the overall company loss, whether you have benefited personally and by how much and whether there is another party who acted inappropriately and is worthy of investigation.

Misfeasance is a serious claim that can have significant personal and financial impacts on a company director. If you are experiencing financial trouble within your business, it is crucial that you contact an insolvency expert immediately.

We can help you through your financial difficulties and ensure that you follow the most appropriate path, and avoid being taken to court.

What is misfeasance in tort law and public office?

Tort Law is used to describe an act that is technically legal but performed incorrectly or inappropriately.


What is the difference between misfeasance and malfeasance?

Although they can both cause harm to an individual or business, there is one key difference between the two.

Misfeasance is a lawful act that was performed inappropriately, with incorrect protocol or in an unlawful manner.

Malfeasance is actually unlawful and classed as a criminal act.

Nonfeasance describes the failure of an individual to fulfil their legal responsibilities. This can be unintentional or intentional, but it will still be classed as a failure to fulfil legal or moral obligations.